The year was 1812 and Canada was at war with the United States. Although most of the population was loyal to the British Crown, some believed the Americans would win and they switched sides. One such person was John Dunham.  He had a cabin on a plot of land that is now the Nanticoke Generating Station. It was a strategic location.

He threw his lot in with the Americans and joined a band of renegades in the Haldimand area. John Dunham began spying for the enemy but his treasonous activities would eventually catch up with him.

Some of the first Europeans to arrive in the area included John and Nancy Binkley and their family who settled in the area. But life was not easy. During the War they were constantly watching for maurauders and raiders. Women slept with a pistol under their pillow. They were constantly on the lookout for American renegades such as John Dunham and his ‘volunteers’. They were relentlessly pillaging farms and terrorizing Upper Canada.

Sometimes all their livestock were killed without reason. Sometimes, their houses were burned to the ground and they were left homeless and penniless. The war was very difficult for settlers with the constant threat of an American soldiers at their doorstep.  Their very own neighbours would often become traitors to the Crown.

British soldiers and scouts would often climb the escarpment to places such as the Hamilton View to scour the lake for any American warships that might attack.

For John Dunham however, the warships were a welcome sight. He snuck into Buffalo with 30 other men and met the American forces. His group asked for weapons to capture British militiaman and the Americans supplied them with arms and ammunition. They returned to Ontario, but instead of fighting British militiamen, they began plundering and raiding the homes of their loyalist neighbours and taking revenge for private grudges.

They robbed many houses and made life miserable for the loyalist settlers. One night John Dunham kidnapped several British Militiamen and settlers from the London area and sent them on boats to the enemy in Buffalo.

Throughout this time, he willingly let the American soldiers stay in his cabin and fed them. He no doubt gave them all the information they needed when the enemy burned down Port Dover the following year.

Later on, in retaliation for this disgraceful act and other atrocities, the British sailed to Washington and burned down the White House. John Dunham had a lot to answer for.

The people of Port Dover were not going to take the burning of their village lightly. Someone gave them a tip that a group were secretly meeting at the cabin of John Dunham.

One night, Colonel Bostwick and his militiamen snuck through the swamp and the forests in the dark to surround the cabin. The Colonel banged on the door, entered and told the renegades that they were surrounded. They put down their weapons. Then one said “Wait there is only one person here.” He fired at the Colonel but missed and shot his own comrade instead. The Colonel’s men heard the shot and rushed the cabin. John Dunham and 18 other renegades were captured. It was a great victory for the British.

On the 23rd of May 1814, the trial of John Dunham and his comrades took place at the Union Hotel in Ancaster. They called it the Bloody Assize of Burlington. It was one of the most famous trials of treason to ever take place in Canada.

Chief Justice Scott heard the case against John Dunham and declared him guilty of high treason. As he was one of the ringleaders in the group he was given the sentence of a traitor.

“Each of you be taken to the place from whence you came thence you are to be drawn on Hurdles to the place of Execution whence you are to be hanged by the neck but not until you are dead for you must be cut down while alive and your entrails taken out and burnt before your faces. Your heads then to cut off and your bodies divided into four quarters to be at the King’s disposal. And God have mercy on your Souls.”

Then his body to be cut into four quarters and his head cut off and placed on a pole for all to see. 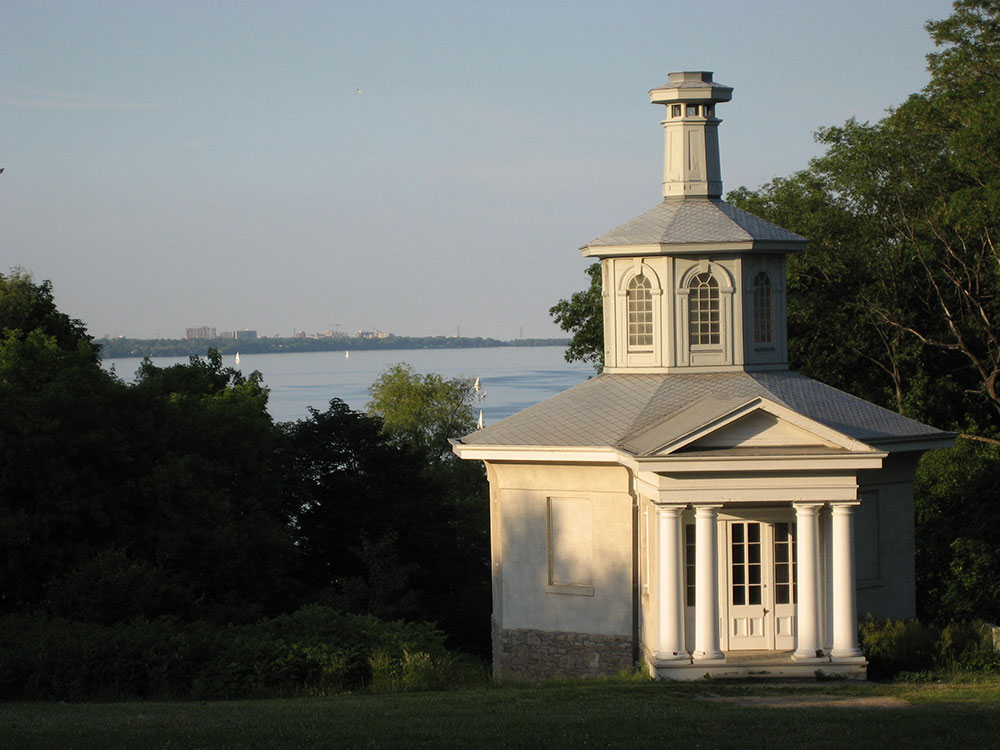 The Hanging of John Dunham

On July 20, 1813 the day of reckoning arrived for John Dunham and seven other traitors. The condemned were standing on two horse drawn wagons under the gallows of what is now the western end of Dundurn Castle. Four men in each wagon. The nooses went around the necks, a brief prayer was said and the flanks of the horses were slapped. Eight men were launched into eternity. John Dunham the traitor was no more.

His head was to be cut off and stuck on the end of a pole and paraded about the town for all to see what happens to a traitor. But his ghost still haunts these hanging grounds, tormenting the brave souls of Six Nations warriors also buried here, as well as Loyal British soldiers. The ghost constantly taunts them.

You can relive this story on our Ghost Outing Adventure in Hamilton. Your mission is to capture this traitorous ghost once and for all.