Thomas Jones of Delaware was by all accounts not a nice person. It was said he would double cross anyone. He would often convince his First Nations Oneida warriors they could make easy money by crossing the Detroit River and joining the US Army. He would then wait for the first paycheck, and take all the money leaving the warriors to face the anger of the US Army.

One day he was short of money and decided to rob his own brother. He put on a fake beard and was rummaging around in his brother’s house when his niece Mary who was only 12 years old immediately recognized him. She reported him to the police and then publicly testified against him at the trial.

From that day on Thomas Jones hated Mary. His daughter Elizabeth, who was the same age as her cousin Mary also held an enormous grudge. Many heard Elizabeth say “I’d kill my Cousin Mary for half a cent.” It was bad blood from that moment on.

Later in June of 1868, Mary’s mother ran out of flour. She asked Mary to go to her Uncle Thomas’ house and fetch a cup of flour. Mary’s father was astounded. “What? Are you crazy” he said. But Mary’s mother said “Don’t worry, they won’t do anything. I need that flour.” Mary also said to her father “Everything will be fine. They would not dare to touch me. 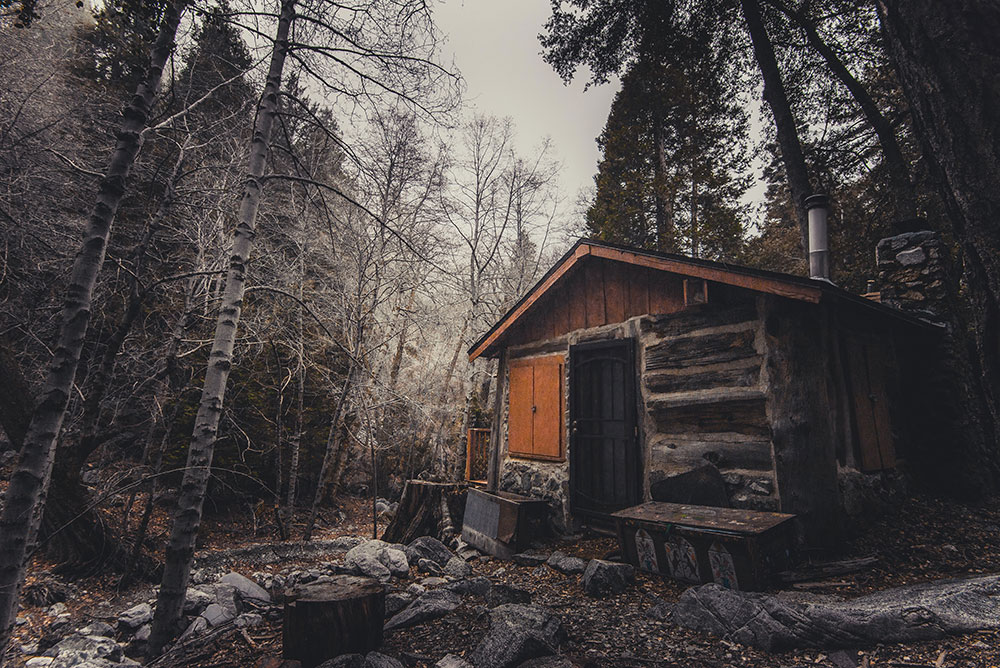 Mary took the cup and went over to her uncle’s house. She never came back.

The family went over and saw Thomas Jones. He insisted that Mary had come and borrowed the cup of flour and left again, alive and well. Mary’s mother was distraught. Her darling daughter Mary had disappeared. A search party was formed to look for her. Her mother feared the worst.

48 hours after the disappearance of Mary Jones, a search party was convinced Thomas Jones had something to do with it. Several people went back to his house and grabbed his 10 year old son and said “Out with it! We will kill you if you do not tell us what happened to your cousin Mary.”

The poor boy was terrified and immediately led the search party to a pile of leaves next to a fallen log in the woods near Delaware. There buried under the leaves was the body of 12 year old Mary Jones. Her head had been bashed in. The young boy then blurted out that both his father Thomas Jones and his sister Elizabeth together had murdered Mary.

The Trial of Thomas Jones

In December of 1868 Thomas and Elizabeth Jones went before the Judge and jury to face charges of First Degree murder. 13 year old Elizabeth testified that she had beaten her cousin Mary to death with a stick and then buried the body under the leaves. Her little 10 year old brother also testified that he saw his sister beat her cousin to death.

Thomas said he was completely innocent. His daughter had committed a heinous crime and he was content to let her take the blame.

But then the jury heard the medical evidence. Mary’s injuries were so bad they could not have been caused by a young girl of 13 years of age. Due to the angle and depth of the wounds, only a large adult could fractured her skull in such a manner. And so, both the father and the daughter were found guilty of murder.

At 13 years of age, Elizabeth was sentenced to 10 years in prison. Thomas Jones was not so lucky.

He was sentenced to be hanged by the neck until dead.

It was the last public hanging in Middlesex County. On a bitterly cold day, 6000 people or half the population of London came out to see him hang.

He stumbled as he made his way up to the gallows. But he recovered his strength and in a strong voice said

When all arrangements where completed, the executioner pulled the bolt and Thomas Jones descended about eight feet down with a shock apparently sufficient to extinguish life and that was the end of Thomas Jones. Or so it would seem.

Nobody wanted anything to do with him. His wife refused to accept his body for burial. His body was thrown into a wooden box. We believe he is buried in an unmarked grave in Brick Street cemetery.

Through guilt or remorse his conflicted spirit will not rest and his ghost roams this cemetery, caught between this world and the graves of those he wronged. He still haunts the pioneer families who dared to speak against him. You have the chance to go on an adventure to capture his evil spirit and banish him forever.